Eight (8) questions about consolidation, multiples and trends in the Dutch ICT M&A market

The merger and acquisition market in the Dutch IT sector is ‘hot’. The year 2017 was already an absolute record year for M&A, and driven by technological trends such as digitization and blockchain and the deep pockets of investors, the year 2018 seems to be just as record breaking for dealmakers. The year is almost over, a nice moment for a review of this year and a preview to 2019/2020.

Rik Stikkelbroeck – one of the two founders of M&A boutique Hogenhouck – is interviewed by Consultancy on this topic.

Did the number of consolidations in the IT market in 2018 fulfilled your expectations?
This is tricky to answer. My expectation was that in 2018 the consolidation in the Dutch IT hardware market might have taken place. I can confirm this. Infotheek Group’s buy and build mainly took place in 2017 (acquisitions of Scholten Awater and Central Point), so that expectation was largely fulfilled. IT company Trust was sold to Egeria (Private Equity). Dutch Vincere Group was acquired by Dustin (Sweden/Listed), so yes, 2018 was a closing year in the IT hardware market. This also applies to the hosting market (for example the investments of private equity companies Strikwerda and Waterland) and the market of digital agencies (think of the active buy and build of Waterland buying the Dept portfolio). On the other hand, consolidation in the (managed) services market and data center market has started relatively late. These markets are now accelerating to consolidate. With that statement my answer would be ‘yes’.

What do you see as outside influences on this consolidation wave?
In previous interviews, I stated that the Dutch IT market is global. The Netherlands has a strong position in that market. The infrastructure in the Netherlands (such as the Amsterdam Internet Exchange, the second largest internet exchange hub in the world) is leading the way in combination with the culture (acceptance) and strategic position (gateway to Europe): the Netherlands as “European Silicon Valley”. Yet it is striking that mainly Dutch parties are active in that domain. Private equity active in the Netherlands in IT often has a Dutch signature (think of players like Waterland, Strikwerda, Main Capital, Holland Venture) and the number of acquisitions of foreign players (eg Claranet, Orange, Dustin and Insight) is limited. In short, mainly Dutch players are active. 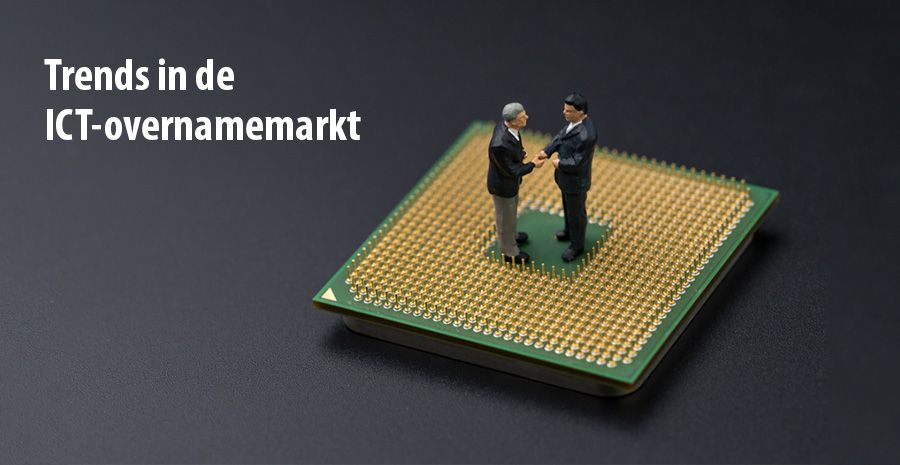 Why do you see a limited number of foreign players acting in the Dutch IT market?
The Dutch IT market is highly fragmented. In a number of verticals – think of software testing, managed services, security, business intelligence and software – many players are active. In those markets often a very few (less than 5) large companies (more than 500 fte) are active, a middel layer of approximately 5-25 independent players (companies between 50 and 150 fte) and many small companies (more than 50) with 10-50 fte. This makes it challenging, read difficult, for the larger foreign buyers to successfully buy and build due to differences in business models and corporate cultures. Think of the SME versus the enterprise market and its difference in approach.

Are you saying that the current consolidation wave is a sign for even more waves to come?
That is actually a correct interpretation of my statement. At this time we see a lot, mainly rural, active buyers (strategical and pe) in the IT market. These are especially the Dutch strategists (think of KPN, Infotheek Group, Odin) and private equity firms (think of a Egeria, Waterland, Gimv, De Hoge Dennen, Main Capital, Holland Venture).These players invest heavily so that they can grow from the SME market into the SME + market and end up in the enterprise market. More size (turnover), a more sustainable income (recurring EBITDA) and climbing in the vertical value chain, eventually ensures a higher multiple.

What’s going to happen in 2019 with the multiples in the IT market?
Frankly, we believe that the rack there is reasonable – the multiples in 2019 will not rise against 2018. We see IT in a number of segments that the multiples are stabilized on 5 to 6 x EBITDA. Currently on single tenant data centers still high (10-12 x EBITDA) but if the tension that we have among other things this summer on the Dow Jones experienced continues, is there for the time being, the ceiling. In a number of cross border deals, we notice that parties act more cautiously than before the summer. The US is now experiencing a moment of recalibration. This will continue to Europe.

“Mainly national, Dutch players are active in the Dutch IT market. 2020 will be the year of the big IT deals – that is the time when international strategists like to be in charge”

What does this mean for the consolidation cycle ecxplained by you in recent interviews?
Grosso modo, this means no change on the picture we previously sketched. What we stated earlier in 2017 is that the IT security market is still an immature market and that this will remain so in our view until 2020. Of course, FOX-IT went to NCC Group and Qsight to KPN, but the majority of the smaller security parties still work towards a cash flow positive scenario. We expect an acceleration in the consolidation of the data storage market: the internet service providers (ISP’s) and data centers. The game has now been played in the verticals of hardware and hosting.

What is your free advice for IT entrepreneurs?
There is no sector where technological developments take place at such a high rate as IT. As an IT entrepreneur, you should ask me the question ‘What is my added value now and in the future within my domain?’. Am I able to grow autonomously and continue to deliver this value? What do I need now and in the future to increase my right to exist? In short, as an entrepreneur you can hold up the mirror in time. We are increasingly talking to entrepreneurs who have the ambition to fulfill this ‘journey’ for another five to ten years. We join them in the conversation to arrive at a perfect fit. This can consist of autonomous growth, growth by attracting intelligent financing or growth by combining with a private equity party. They then form the platform to jointly realize a buy and build together with an investor. As I indicated in an earlier interview, the current and historically relatively high multiples and the possibilities of a roll-out in the Newco play a role here. The critical question: does the combination of private equity and platform deliver the added value (synergy) in a buy and build? We see that this question is increasingly being answered positively, which reinforces the possibilities of a successful buy and build.